Hello Friends, I'm Anshu Singh In this article I want to discuss Genetically Modified Food. So please read at the end of the post then you can learn more about Health and Fitness.

The GM(genetically modified) food refers to crop plants created for the animal as well as human consumption using the latest molecular biology techniques. The creation of a plant with the desired trait is now possible, that too very rapidly and accurately. Nowadays we are experiencing a huge transition in nature and climatic conditions.

So the first advantage of these crops is that by intercalating genes for climatic tolerance we can have a crop that can be grown in harsh climatic conditions too. GM crops have an enhanced ability to withstand long-distance transportation. GM crops are harvested when still green and allowed to ripen during transportation therefore yielding a longer shelf life. 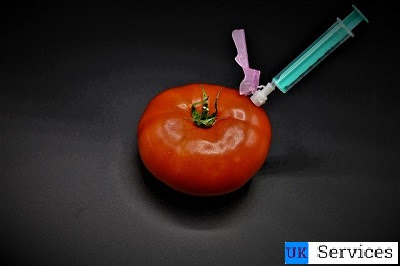 Recently researches were being carried out to modify the basic group of staple food with essential vitamins to nutritional deficiency. For eg. rice was modified to by B-carotene to make it capable of fighting vitamin A deficiency. Another benefit of GM food is that with certain changes allergen agents can be removed.

So far India has allowed commercial cultivation of Bt cotton since 2002. Initially, there was a lot of protest against it. But eventually, it got accepted and now India is the second-largest cotton producer after China. It gave farmers better yield and good quality cotton to the textile industry. Recently again a debate started about the introduction of GM food technology in fruits, vegetables, and dairy products but it is still in the research state.

GM food technology is exciting and revolutionary but has several disadvantages too. Studies found out that genes injected in crops for providing resistance against pests had adverse effects on other beneficial insects too. Also, it was seen that in some cases pests developed resistance. With time liberal use of such technology will lead to the generation of transience pests and weeds that cannot be controlled by the common herbicide. 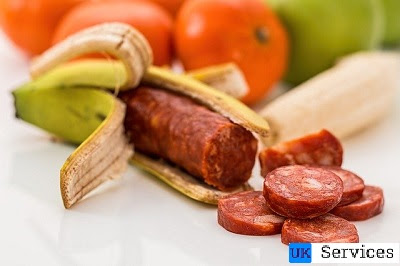 GM food can itself be allergic as it contains foreign genes. Sometimes the gene can alter the fundamental structure of plants making it toxic or in a way changing the specy's original design. But even after these ill-effect, some of its revolutionary benefits changed the mind of People. One such example is a transgenic potato plant that immunizes against diarrhea.

1. What are the Qualities of a Socially Healthy person?

2. What is a serum? Decoding this skincare essential

3. What is an operating system, it's functions & types

4. How To Prevent Your Children From Going To Wrong in Teen Age

6. What is the need and value of outdoor games?

Different countries have different policies for GM food. Japan sells both GM and unmodified food in supermarkets with proper labeling. In Europe, a set of guidelines has been imposed on agencies producing GM food. The USA has more than three official bodies to control food quality. So it can be said that different governments are responding differently depending upon their political, social and economic conditions, massive hunger and estimation that a child dies every two seconds worldwide from starvation, there is a great, promise in the use of this new aged technology that will benefit mankind worldwide.

So finally we can conclude that GM food is a matter to be discussed if it is stipulated with proper laws and regulations, then its ill-effect can be avoided. This is an era of biotechnology, so we should not shy about trying new innovations.

What are the benefits of drink...